Honoring People – Even When it’s Hard

A decade or so ago, honoring people was way down on my to-do list. My loss was huge and starting to define me. Right or wrong, my focus was on me. I was intently trying to recover, heal, and hope that I’d eventually make it to brighter days.

Even though several years had passed since I’d become a widow, I was still under a self-imposed banner of pain and loss. I was unable to move forward and was dangerously close slipping backward.

In this video I explain how God taught me to navigate the messy journey of grief, laying down offense, and learning how to honor others.

Give the People a Break, Okay?

Did you catch that?  God showed me that it was incumbent upon ME to give the people around me a break. WHAT???  But I’m the one in severe pain here!  Yes, this may be true. But God showed me that focusing on the negatives in any relationship would never foster genuine concern for and connection with others. Furthermore, when I focus on how people disappoint or hurt me, it blinds me to what they bring to the relationship. WHAT???  This was game-changing for me!

I learned to honor people by looking to see what they were bringing to the relationship. I gave up judging them, whether what they brought was fulfilling or satisfying to me. And if I couldn’t find ANYTHING redeeming in a comment, conversation, or relationship, I learned to leave it in the box marked, “they tried.” From there I would move on in both my mind and heart.

What would it look like in your world if you focused on honoring people instead of criticizing them or getting defensive? Instead of being offended, what if you gave them a break, because, after all, maybe they’re having a bad day too?
As my heart healed I began to realize people said the things they did because they cared about me. They were interested in my situation and wanted to help or connect with me.

Now, sometimes situations are impossible, when really hurtful conversations have exchanged. Maybe it’s hard to find anything to honor or value. But there’s always something – the person is created in the image of God and HE says they’re valuable.

What are some tough situations you’ve encountered lately where you worked to extend honor to someone? I’d love to hear about them.

Leave a comment below and I’ll get back with you as soon as I can.  Thanks!

Life is better together

and that's why I want to share the journey with you!

Sign up below and get my custom bookmarks, available ONLY to subscribers:

Prayers for Children, and

Thank you! Check your email for a confirmation, and then you'll receive a link to download your bookmarks. 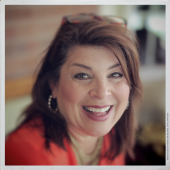 Julie Hunt is contagious! She infects people with hope, joy, and courage. Her open, warm, yet brave communication style encourages readers and listeners to GET UP and start living life!

Can I Cheer You Across the Finish Line?

I want to help you on your journey. Sign up below!

Thank you! Check your email for a confirmation, and then you'll receive a link to download your bookmarks.